Blue-Cloner 2022 is all new Blu-ray copy/backup/burn/decryption software which can copy Blu-ray movies to blank Blu-ray discs or hard disk as Blu-ray folders and ISO image files with just one or a few clicks. With only $59.99, you can get a software combination of Blu-ray copy, Blu-ray decrypter, Blu-ray to DVD and UHD copy. The third party plug-in OpenCloner Decode widget allows VLC to play encrypted Blu-ray and UHD movies. Blue-Cloner 2022 enables you to make perfect 1:1 Blu-ray copy, movie complete copy, movie-only copy, split copy and customized copy. If the Blu-ray movies are Cinavia protected, this best Blu-ray copying software can permanently remove Cinavia watermarks in the audio tracks, so that you can enjoy the backup discs on various playback devices such as PS3, PS4, Xbox One, DVD/Blu-ray player, PowerDVD software player, etc.
$59.99Buy NowDownloadVideo GuideUpgrade NowRead More 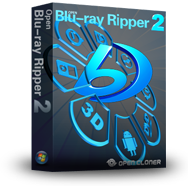 Open Blu-ray ripper 2 has the new function of converting 2D to 3D movies and setting 3D features. Meanwhile, this new Blu-ray ripper enables you to trim and crop your Blu-ray movie as well as adjust the brightness, contrast, saturation, vertical flip, horizontal flip and the movie effect. You can also add text and image watermarks into your Blu-ray movies. The GPU acceleration makes the Blu-ray conversion much faster than before. 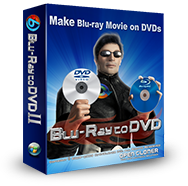 Blu-ray to DVD Pro is perfect Blu-ray converting software which enables you to copy Blu-ray movies to DVD or AVCHD with only one click. Its innovative HST™ will make the Blu-ray to AVCHD conversion extremely fast, 500% faster than before. The built-in SmartExpress HD video codec module and SmartBurn burn engine will ensure an effective burn. If the Blu-ray movie is encrypted, a third party decryption application, like Blu-ray Copy Helper, is needed. 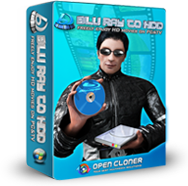 Blu-ray to HDD is powerful Blu-ray ripping software with the ability to convert Blu-ray movies to MKV or TS files. Now you can enjoy any Blu-ray movie on the PC with a software player (like KMplayer, Mplayer and PowerDVD), or on TV with an HDD player (MVIX, TVIX). The built-in engine will ensure a perfect conversion of almost any popular Blu-ray movie. Its high conversion speed and user-friendly interfaces will make the converting process easy and fun. 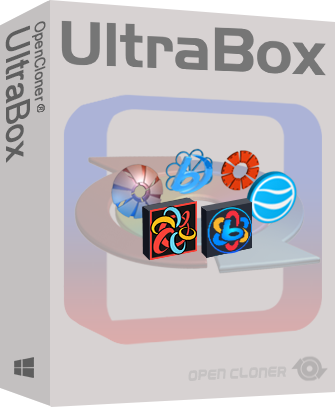 OpenCloner UltraBox is versatile bundled software containing Blue-Cloner, Open Blu-ray ripper, DVD-Cloner, Open DVD ripper, Open SmartBurner and Stream-Cloner. They are shown on one main interface and can be operated whenever you want. The six bundled programs will be all registered for ordering OpenCloner UltraBox. In this software, you can get the software version and main features on their product interfaces. The built-in manuals help you to use the programs easily.